A special session on Leadership for HIV primary prevention at the Amsterdam Conference gathered global leaders including the Executive Directors of UNAIDS and UNFPA, the Minister of Health of South Africa, the heads of the Global Fund, PEPFAR and IPPF, the Swedish Global Health Ambassador, the Director of the National AIDS Programme in Kenya, as well as government and civil society representatives from Ukraine, Mexico, Malawi and South Africa. In front of more than 500 participants, the panel stressed the progress made since the Coalition launch – and at the same time, the need for increased investment in prevention, particularly for key population and condom programming, and for scaling up services.

The session highlighted the importance of  strengthening resource flows especially from domestic streams, using data to drive programming, re-engaging with the need to support demand and behaviour change as well as supply of tools.

‘There is a prevention crisis. New HIV infections are not falling fast enough due to a lack of impetus on prevention‘, Michel Sidibé, UNAIDS Executive Director.

‘The face of prevention is a young women in Africa’, Natalia Kanem, UNFPA Executive Director. 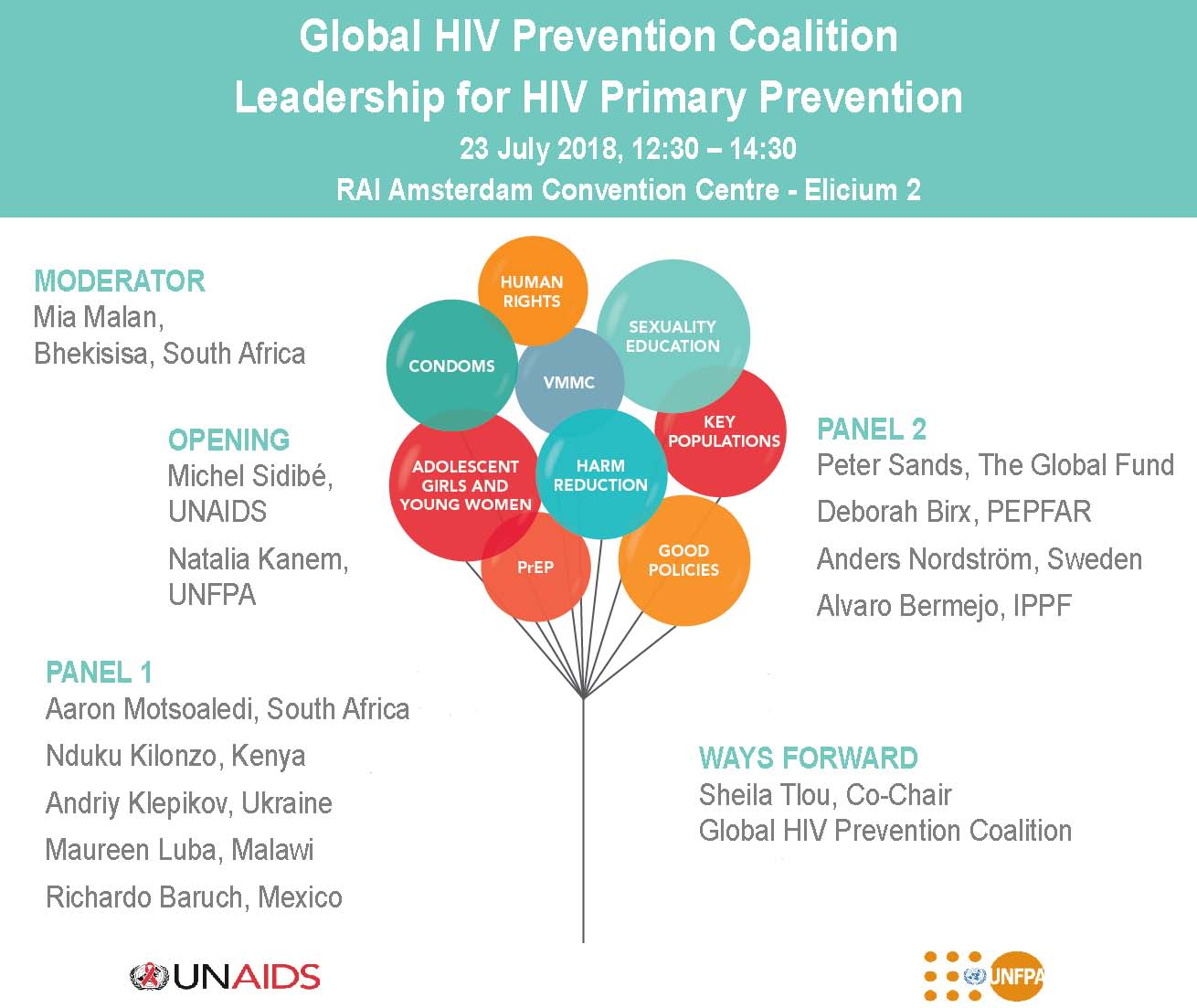